← First Aid NI: What To Do When Someone Is Drowning Burns & How To Treat Them → 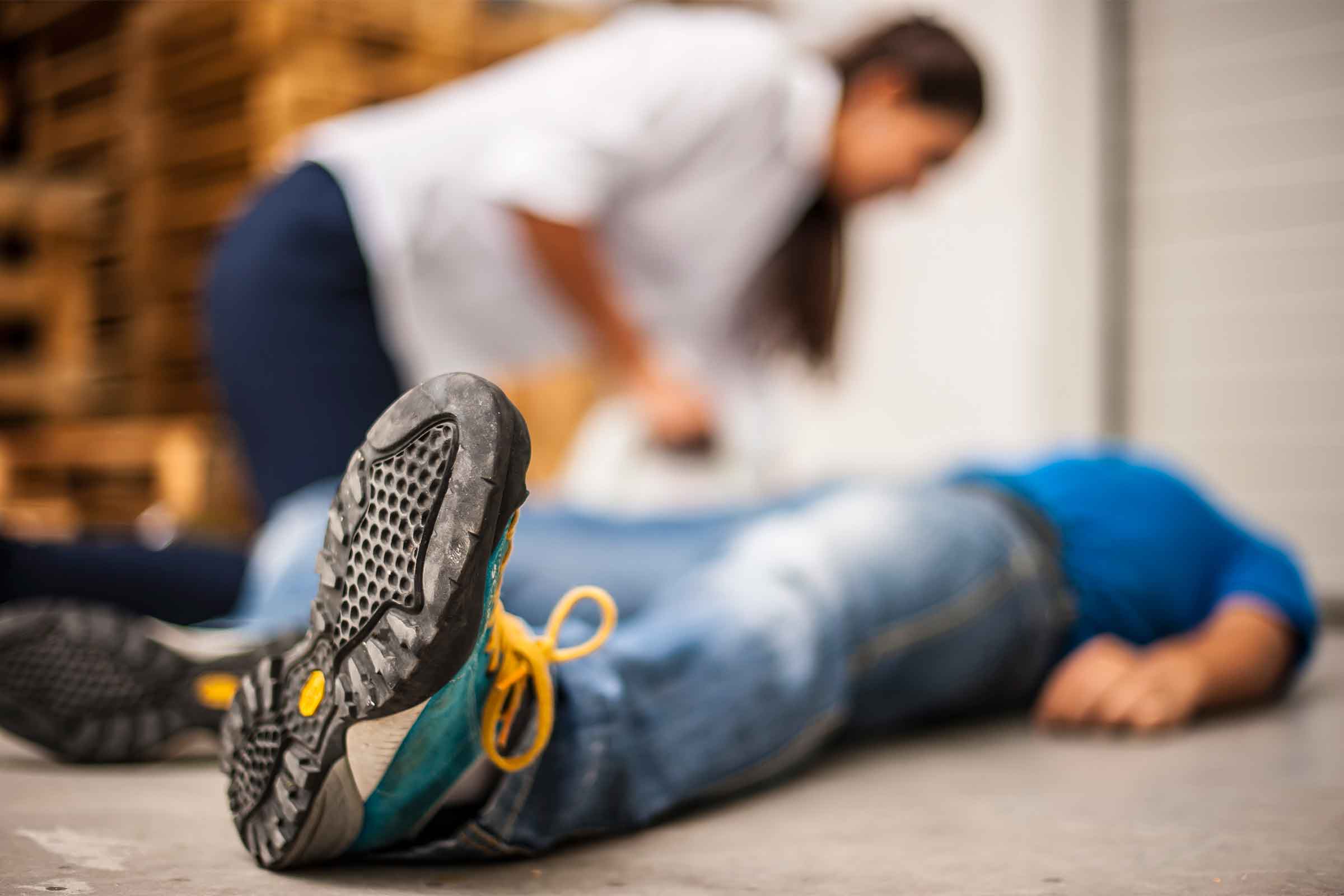 We have first aid training in Belfast that will run you through the hands on first aid practices that could save the life of someone having a seizure, but here are a few tips on what to do should the situation present itself in your life at some point.

What exactly is a seizure?

The medical name for a fit or convulsion is a seizure. At some point in their life, one out of every twenty people will have a seizure. Not everyone who experiences a seizure, however, will develop epilepsy.

Electrical activity in our brains is continual and regulates our motions and biological functions. If the blood flow to the brain is disrupted, a seizure can occur, resulting in uncontrollable movement of the eyes, limbs, and body.

What occurs when you have a seizure?

The brain has an impact on the entire body. As a result, depending on which portion of the brain is involved, different parts of the body are affected. A seizure can range from an absence seizure, which is characterised by a momentary loss of awareness, to a tonic-clonic seizure, which involves the entire body in uncontrolled movements.

Seizures are usually only a few minutes long. Because the body’s ability to circulate blood to the brain is reduced during this time, it’s critical to call 999 (or provide medicine to end the seizure if prescribed) if the seizure lasts more than 5 minutes or if there are multiple seizures.

What can lead to a seizure?

Five out of every 100 children under the age of six can experience febrile convulsions. They’re not unheard of.

These are seizures that occur when a person’s fever rises while they are sick. Seizures are terrifying, but they are rarely life threatening, and your child will usually grow out of them by the time he or she reaches the age of five.

When someone has had at least one unprovoked seizure that cannot be traced to any other cause, they are diagnosed with epilepsy.

Epilepsy is a brain disorder in which a rush of electrical activity causes messages to become confused, resulting in epileptic seizures.

Epilepsy affects roughly 600,000 people in the UK, making it one in every 100 people. It can begin at any age, but it is most common in children and those over the age of 60.

Although some varieties of epilepsy only last a short time and some children become epileptic as adults, epilepsy is generally thought to be a life-long disorder that is best managed with medicine.

However, the cause of epilepsy is unclear in more than half of all cases, despite the fact that many persons with epilepsy have a family history, implying a genetic component.

What is the treatment for epilepsy?

Anti-epileptic medications can be used to treat epilepsy. Although these treatments do not cure the illness, they can help to stop or lessen the frequency of seizures.

In some circumstances, brain surgery or vagus nerve stimulation surgery may be effective.

For children with epilepsy, a ketogenic diet may be recommended.

Consider the following factors if you have epilepsy:

Many people who suffer with epilepsy are able to regulate their seizures and have completely normal lives. However, having epilepsy should be taken into account in certain activities, such as driving, and some medications can harm the foetus, so this should be discussed with your doctor if you’re planning a pregnancy.

If you are epileptic, the DVLA will need to be notified, and they will give you the following advice:

Car drivers and motorcycle riders are often awarded a three-year licence if they have not had an epileptic attack in the previous 12 months unless they have seizures that fall under one of the exceptions.

Follow their doctor’s or consultant’s advice regarding therapy and check-ups.

After five years of seizure-free driving, drivers are normally awarded a licence that lasts until they are 70 years old.

If a driver has their first unprovoked epileptic seizure, they must take 6 months off driving from the date of the seizure unless there is a substantial risk of subsequent seizures, in which case they must take a year off. Any seizure must be reported to the DVLA.

Remove anything that could cause them harm and loosen any tight clothing.

Make a note of when the seizure began and, if possible, try to record the distinct phases of the seizure. When it comes to determining the cause of a seizure and initiating therapy, timing it can be incredibly helpful to the medical team. Specific details, such as if one side of the body is afflicted more than the other, can aid in their diagnosis.

Check the airway and breathing once the seizure has ended, and if the person is unresponsive and breathing, place them in the recovery position, or start CPR if they are not breathing.

Remember that people sometimes appear to be having a seizure when they are actually having a cardiac arrest; if you suspect this is the case, begin CPR and use an AED immediately.

During a seizure, the following things may happen

Tonic Phase: They collapse to the ground when they lose consciousness during the tonic phase. The body stiffens and becomes hard. They may scream as though in pain, which is caused by involuntary muscle contractions that drive air out of the lungs. The casualty, on the other hand, is usually not in agony and is oblivious of the noise they are creating. It’s possible that they’ll start to turn blue around their mouth and fingertips.

Clonic phase – The muscles alternately relax and tense, causing them to rigidly jerk about. As the tongue flops to the rear of the airway, it may generate a snoring noise. It’s possible that they’re incontinent and are biting their tongue.

Phase after ictal — (A medical word to mean after a seizure). They may be puzzled, tired, anxious, or completely unresponsive once the jerking ceases. If you are concerned about someone, place them in the recovery posture. It’s possible that neither they nor you are aware of who they are. It can take a few minutes to put everything back together. They may stay perplexed and act aggressively, tearfully, fearfully, or in ways that are out of character for them.